The Amazing Spider-Man 2 and the spirit of invention

I saw the Amazing Spiderman 2 over the weekend, and besides the great chemistry of the leads and thrilling soundtrack there was one thing I particularly liked and that was the home-grown science, which I thought was a great representation of engagement with science as a useful skill.

Peter Parker is a smart kid, there’s no doubt about that. He makes his costume and web-shooters in his basement, in secret, and it’s those as much as his spidey sense that make him a great crimefighter. When he goes up against a new supercharged villain named Electro he soon finds out that his web-shooters aren’t up to handling the massive electric charges: they fizzle and pop and become pretty useless – a problem when you really need to get anywhere in NYC faster than a speeding cab. 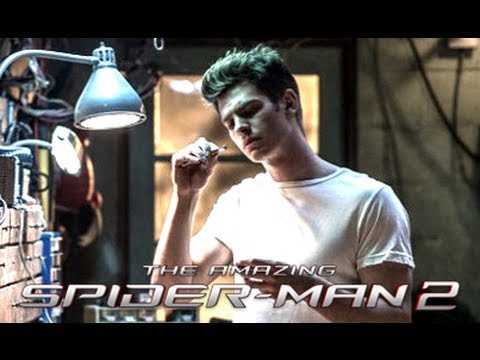 So, what does he do? Goes home and pulls up a popular science video “Batteries, the Pluses and Minuses” by Dr Jallings, Science Investigator. Armed with this newfound knowledge, a scuba mask, and varying sizes of batteries he tries his best to adapt his shooters to handle larger and larger currents, with predictably explosive results. He doesn’t actually solve the problem until his sharp-minded girlfiend Gwen Stacy (who presumably stayed awake in that particular science lecture) reminds him that he needs to magnetise them, which they do with the help of a cop and some jumper cables, and from then on Electro doesn’t stand a chance.

So what do I love so much about this? It’s not the science itself – I’m no electrical engineer and wouldn’t have been able to solve the problem if my life depended on it. No, what I love is the fact that they have consistently taken time to show on-screen Peter’s curiosity and exploration and the benefits it brings him. What better hero to look up to than one who plays with things in his own basement, looking up science videos and flipping through books? Batman may have Morgan Freeman to provide him with whatever fancy tech he needs, but when it comes to superheroes give me a teenage geek every time.