Two Cultures, or Many?

Posted on October 13, 2016 by Jessamyn Fairfield | Leave a comment

One of the most pernicious myths in neuroscience is that of the left brain/right brain divide. You have surely heard it before: the idea that half our brain is logical, scientific, and calculating while the other is creative, artistic, and empathic. There is no evidence for such a distinction in the actual brain, but the simplistic categories give people easy ways to identify themselves, and others, as members of tribes with specific values. It’s just as easy to feel good about yourself for supposedly having a brain that’s rational or creative as it is to put someone else down for being too cold or impulsive. This myth isn’t about the brain or neuroscience at all: it’s about putting ourselves, and others, into groups. 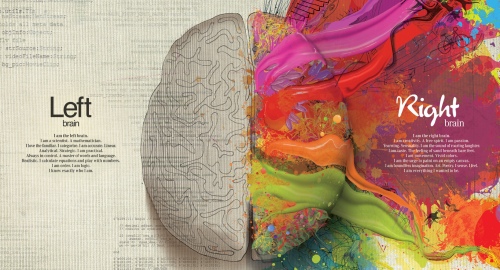 In the pursuit of knowledge, similar false dichotomies can arise. Those seeking to understand science may think of themselves as fundamentally different from those seeking to grasp history or literature, and vice versa. This was most famously written about in C.P. Snow’s Two Cultures essay, where he noted the division and in fact the disdain that had arisen between intellectuals in the humanities and the sciences, and how this prevents people from pooling their knowledge to solve the great problems facing humanity. After all, if you do not respect the source of someone else’s knowledge, why would you bother to listen to them?

We should know better. After all, knowledge isn’t just a dry list of facts, but a set of underlying connections between those facts and ideas, as well as an understanding of context (whether it’s human context or physical context). People who study interdisciplinary fields like nanoscience, my area, know that a chemist can bring a very different approach than a physicist does to the same problem. Often both are useful in gaining understanding. Why not extend this same respect to the social sciences and humanities? And why do we not bat an eyelid when someone says they ‘don’t get’ science, when we’d be appalled if they said they couldn’t read?

In my view, an open mind is critical to any pursuit, whether it’s scientific, literary, or even comedic. Don’t limit yourself by how others think before you; go outside the pre-existing accepted framework to solve problems. Isn’t that true creativity, which is required for any academic pursuit as well as for the simple but rewarding task of making sense of this world? Rather than drawing a line between science and the arts, between types of people, we should share our knowledge and natures, expanding our understanding by sharing our humanity.