I have been thinking lately, about how much public engagement is aimed at people who already have access to science and education (too much), about the importance of science in public debate (see: March for Science), and about whose voices are routinely excluded from those discussions. So with thanks/apologies to Flavia Dzodan & DN Lee, my science communication will be intersectional or it will be bullshit.

I want everyone to have access to scientific ideas, to scientific habits, to the radical notion that we are each entitled to talk science with each other (though we may come from different backgrounds, whether in science or in culture). But we must acknowledge that some people already have this access more than others. Science communication should not only be aimed at those from highly educated backgrounds, those with family wealth, those with internet access and science capital and a sense of entitlement. If we ignore the vast majority of people who can engage with science, who can become scientists, then what are we really even doing? 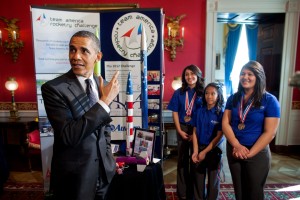 Part of the appeal of science is supposed to be our wonder at the way the world is, a willingness to look below the surface and upend our pre-existing assumptions. So why would we accept a system in which access to science depends (still! after all these years!) on surface traits like skin color, gender, or age? It may be tempting to stick to our ideal vision of science as a meritocracy, where all will be rewarded according to their capability, but decades of research on unconscious bias in hiring, retention, and negotiation across science and engineering fields show that if we passively wait for things to get better, we are really just endorsing the status quo.

I love the community of people I have found in science communication. But I can’t help but notice how much of the administrative and organizational work is done by people who are still being disadvantaged in mainstream science: women, people of color, LGBTQ people, people with disabilities. Even the fact that so much of science communication is done by younger researchers, who face a perceived stigma around this work, rather than older researchers with more career stability, is incredibly unfair. We need to actively include these communities in our engagement programs  without asking them to shoulder an unfair portion of the load. Science communication has never been about clever men showing off, but it sometimes looks that way, which is just as bad for the future of science.

You might ask, why do marginalized communities and young researchers take up the banner of science communication more often? Who stays in science is largely determined by how well they feel they fit in. People who don’t resemble the stereotypical scientist know the importance of representation, the importance of seeing people who look like you in the field you want to pursue. Younger researchers are also closer to career decision points, remember the factors that led them to choose science, and still have the passion to provoke that decision in others. It’s encouraging that so many people are still working hard to communicate science well to all audiences… but we must continue to support that work if we want it to continue! Science is an activity done by people, and it is at its best when it makes use of the full spectrum of human experience and knowledge.

I refuse to let science communication put people in boxes, when science is about thinking outside the box. We can do better.